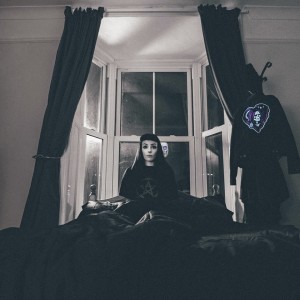 Creeper are an English punk band from Southampton. Formed in 2014, the band released their self-titled debut EP in 2014, which has been followed by “The Callous Heart”. “The Stranger” is their new EP and has came out on 19th February. They’ve been in Italy last week and this is our interview with Will, the lead singer!

Hello! It’s a pleasure to interview you.

Thank you, it’s a pleasure to be interviewed by you.

First of all, if you had to introduce Creeper, how would you describe it?
I would describe it as a punk band primarily; I guess we’re a punk band with an interest in art as a whole, not just music.

You’ve become one of the most important bands in the punk scene. Did you expect it? When did you realize it?
No, we didn’t expect it: we used to do local gigs back home, we never thought that we would get to do anything like this.
That’s a really nice thing you said, I appreciate that; I think that we just focused on making records that we’re really proud of.

You’ve recently changed your lineup. Can you tell us about that?
Hannah recently joined us. She was a friend of us, she played on some records; she never said anything about wanting to join full time, but she played keyboards with us on tour anyway, she was with us all the time, and we like hanging out with her, and she’s one of the most talented musician we know, so we asked her if she wanted to join us and she said yes.
Our guitarist, Sina, left because we were touring so much and he couldn’t be away from home so much; we met Oliver in January when we were on tour, we became very good friends with him, and we asked him to join on guitar and everything turned out great.
The response from the fans has been great, everyone is really happy, everything worked out nicely.

“The Stranger” is your new EP. Can you tell us about the creative process behind it?
I’m looking for influence all the time, so I spent a lot of time looking for images I liked, trying to work on a project, in the same way you would do a project at school, like an art project; a lot of the visual stuff often comes before the music.
This time I knew what kind of record we wanted to make, but I was still trying to get it all together, so I spent a long of time doing that, trying to get a lot of different images – from films as well.
Musically, we decided that we wanted to try some ideas that would be less typical – R.E.M. was a big influence –, we wanted to make a more eclectic record, something a bit more challenging; I also think our second album is a lot sadder that out first one, which is a reflection of where we were at that point.

You play live a lot. What is the best thing about being on tour?
Oh, that’s a good question! I think there’s a lot of good things about being on tour.
I think my favourite thing about it is hanging out with my friends every day, and all the small little things that happen; I always wanted to see the world when I was younger and now I get to do it with all my best friends, it’s great! We have so much fun, just messing around, and playing games all the time: it’s like being on one big school trip that goes on forever.
I like the community aspect of it, I like being around people. When I was younger I was really shy and anxious and I found it really difficult to talk to people; being in a touring band has certainly made it a lot easier for me and helped me deal with it.
I’m really grateful to be able to do this, to hang out with my mates and play shows all the time.

Did you enjoy the Italian crowd, last night?
It was great yesterday, we had a really good time!
I was really worried that people were getting hurt – there was a lot of stage diving! – but the show was really really good, and afterwards it became like a night club, it was fun, we had a really good time.
The weather where we are today is lovely, it’s a glorious day, we’re having a really nice time, we’re enjoying Italy. See, I’m a vegan so I can’t eat cheese, but I’ve been eating a lot of pizza here; we also went to the beach, we’re having a really nice time!

Thank you! We hope to see you here in Italy soon.
I hope so as well! Thank you, it was nice to meet you. 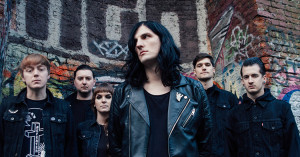