During Slam Dunk Festival in Hatfield, we had the pleasure to meet and ask some question to Press to MECO!
Don’t you know them? Don’t worry because this article can help you!

Press to MECO are a band based in Crawley, UK, who build on their unconventional take on riffs, pop hooks and 3-part vocal harmonies their trade mark. They’ve been on tour with Don Broco, and since 2017 their label is Marshall Records. Not bad! They’ve been also the opening act in the Euro tour of Shinedown!

Luke and Lewis from Press to MECO are extremely funny, you can easily see it from their answers! 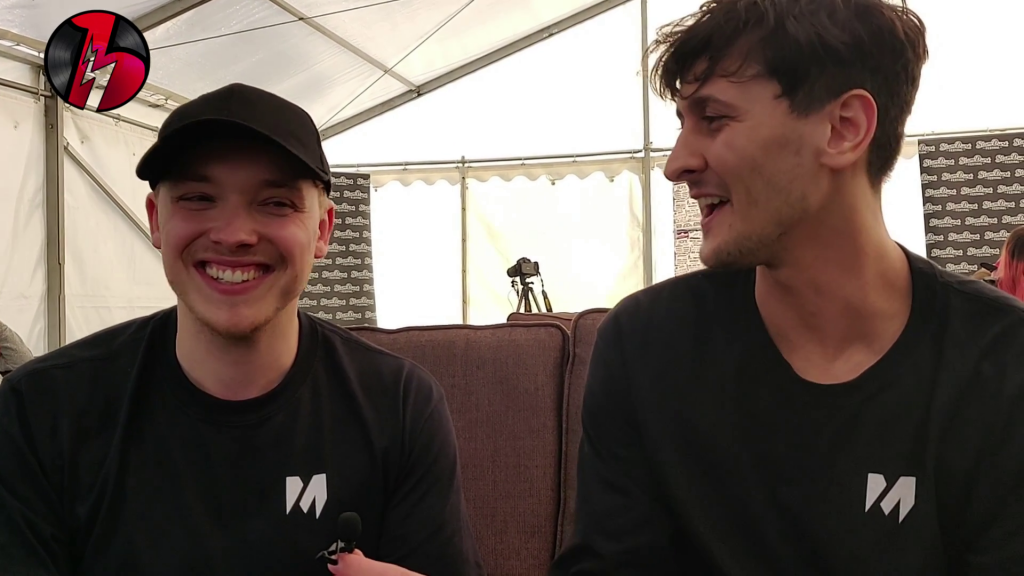 read it: Simple Plan: “Sixth album is gonna be the fans favourite!”

Starting from their name: why this choice?

“Oh, we could have chose any other name and it would be much better!” they said, but then they explain that MECO stands for “Maine Engine Cut Off” and it’s about NASA terminology. It’s the moment when the shuttles are launched into the space, like a point of no-return, and they liked this name ‘cause it was cool even behind it.

And which of your songs would you choose to make people fall in love with your band?

Guys are so funny that we ask to them what’s the best moment of being on tour for them, but they surprise us with a chors: “Getting to go home!“. But then they explain: “It’s kinda like a twisted thing, but it is, because you know you’ve been away for long and you wanna go home to see your loved ones. But we also like the shows, just when you’re on stage playing, especially for good crowd and that feeling what you’re doing, yeah there’s no better feeling in the world!”

Luke and Lewis has great ideas, but not much when we ask to them about the future!

They started to answer to the question joking… “I would like to start my own tech company” and then about the band “we just wanna … many people as possible, play to many people as we can!“.

But… young boys as them what drink would choose if they have to associate it to their own band?

“Jamaica me crazy! Uhm.. RUM PUNCH! Because we’re quite tropical and we give people good vibes, we bring happy times… same as a Rum Punch. We make you feel like you …. the sun!”

They tell us that during Slam Dunk they’ve missed most of cool bands playing because they were packing down and this takes a while… but they could have still seen Bad Religion, Plain White T’s and All Time Low.

We made new friends and we hope that they could make you fall in love with them, maybe next time we’ll see ya in Italy!