Order in Decline is the 7th album of Sum 41. Maybe this is one of those create in very fast time, something like 3 weeks: Deryck, the frontman, wrote those during the 13voices tour. This album mainly talks about the situation all over the world, expecially about Donald Trump. Whibley didn’t want to sing about this personality, but nowdays it’s impossible to write music without being influenced by the world. 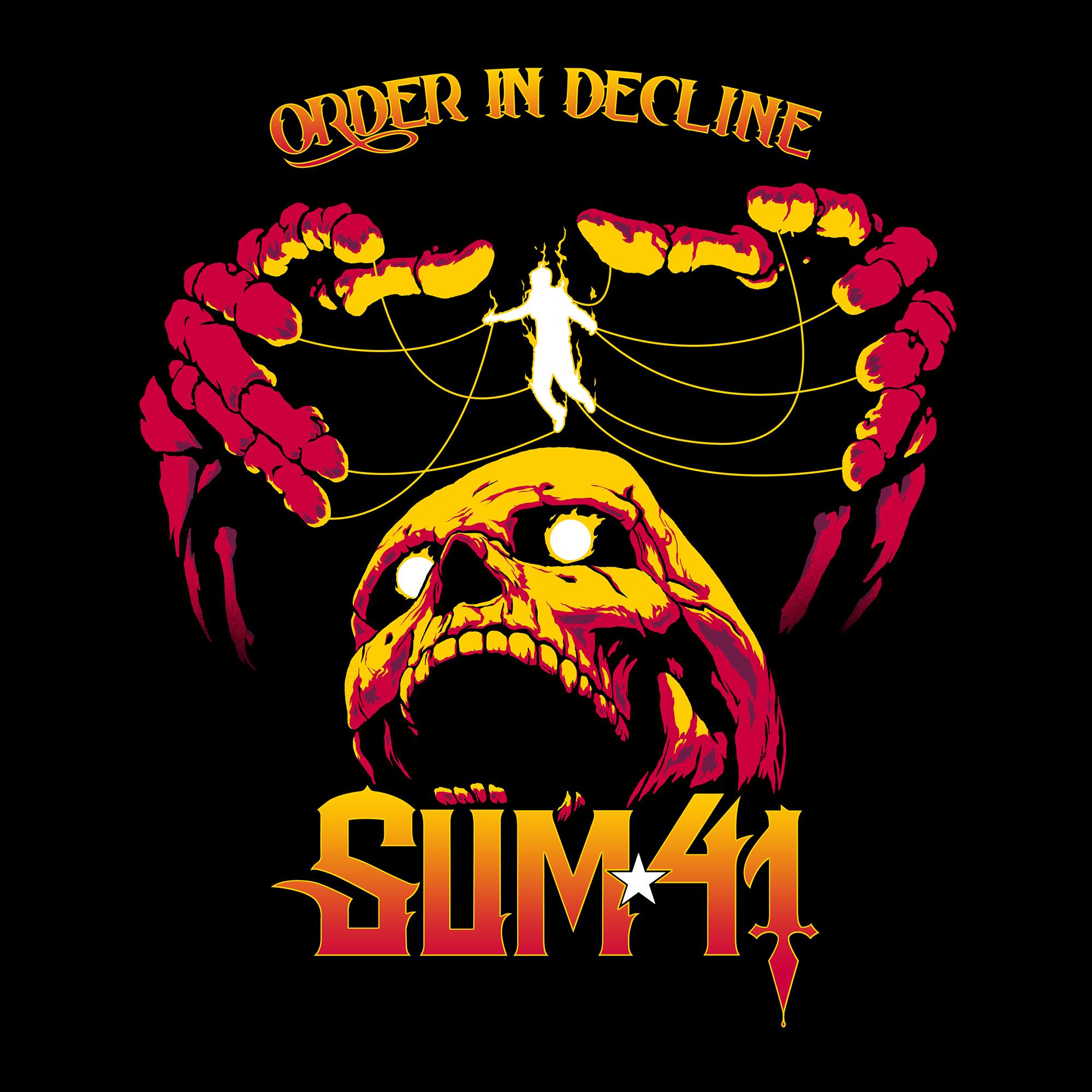 The album it’s composed by just ten songs, but every song it’s a really Sum 41’s style. We know all the fans all over the world miss the old sound of the band, but Sum 41 with this record have create something really beautiful without lose themselfs mixing the old sound style with something new and more mature. We can definite this record like the perfect mix between 13voices and Chuck.

This album is simply amazing and I loved it since the first time I put on the stereo. Order in decline starts with an intro that immediately brings you back on Chuck’s time.
The first single released was Out of blood and I think it’s one of the most representative song of the album, the perfect choice to preview the album in just a few minutes.
I’ve loved 45 since the first time I’ve heard it for the lyrics and the sound: strong, fast and in the perfect Sum 41’s style, one of the most representative of the album. Another song that I love is Never There: a very significant ballad where Deryck talks about his father and his single mother. It’s a really touching song when the singer completely opens his heart.

Lastly, this album has everything slow, fast, metal and punk. It’s a pretty good return for Sum 41 and a confirm after 13voices. Order in decline comes from the deep heart of Whibley and we can feel and his love and passion.
We strongly recommend this album not only for the trusted fans of the band but also to everyone who loved the band in the past, ‘cause it’s a mature evolution of a great band!