We met Dollyrots at Vans Warped Tour in California and it was a pleasure talking about their new stuff. Their new album, Daydream explotion, was released on 12 July. How is to be a musician and a parents? If you wanna know the answer you should read this interview. 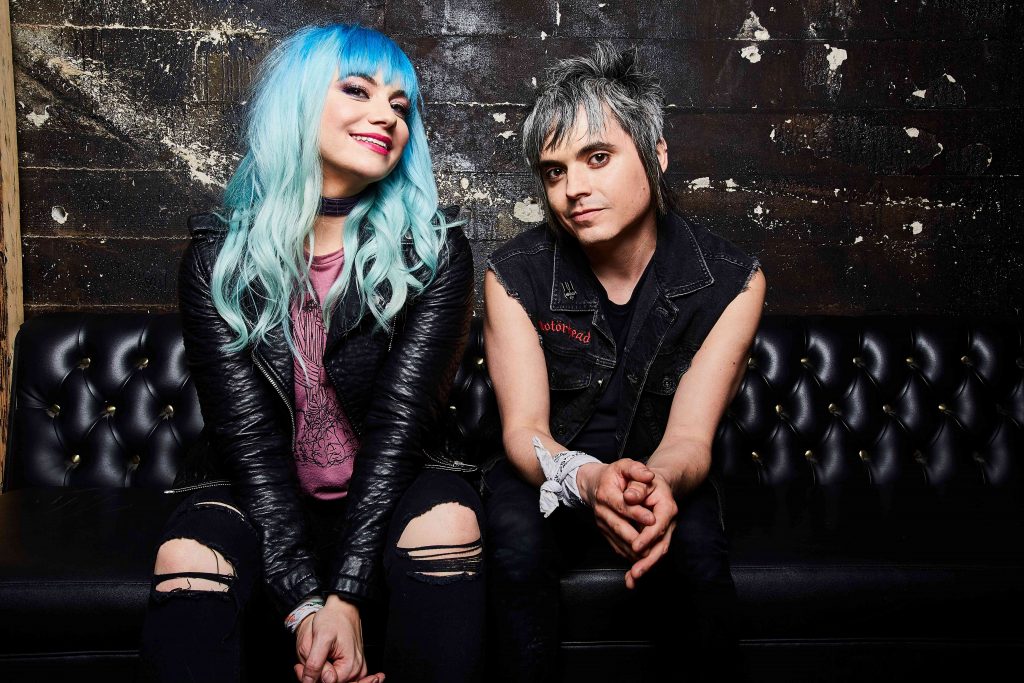 Let’s start with the new album. What’s the meaning of title? And why did you choose it?

There were a million ideas floating around in our heads for the subjects and ideas we could bring into writing this one. Having two little kids leaves very little time for writing; we don’t have the time to sit down, write, edit, refine, edit, and rewrite like we did in the past.
So it’s really a case of harnessing whatever spontaneous idea we have and just going with it. It’s kind of like, “what are we daydreaming about right now, let’s get that down as the scratch lyrics for this song.” And it just so happened that 99% of the time those ended being the final lyrics.

With your last album releases you took a DIY approch. Do you think this choice gives you more opportunities or less than a band with major label help?

It depends what your definition of “opportunities” is, I guess. We’ve been on labels in the past. And most people probably don’t know this but back in the day we were in a major label demo deal for a hot minute. And, getting a sense of that system, seeing how there seemed to be an underlying need to change us, change our look, change our songs, make it all packaged more like a product somewhat removed from who we really are… it’s just not a path we would choose to go down at this point.

By crowdsourcing we can write the album on our terms, for whatever time period we want, about whatever we want, with whatever sound we want. The only people we owe anything to are the fans, and they by and large just want our truest expression. And, at the end, we own our own masters and can do whatever we feel is best with them. So there’s that freedom. And as long as we can sustain a life with that approach we’re good with it. Sure, it would be great to have a huge budget to market and promote a release through a major label system. But our grassroots direct-to-fan approach has worked out for us and we’re happy to continue with it – as long as the fans are willing to be a part of it.

Which is the most significant song of the album for you?

It’d probably be a toss-up between “In Your Face” and “Everything”. The first being an anthem about losing insecurity and finding strength in yourself, the second as a celebration of our partnership as parents and musicians.

How do you make family life work alongside band and tour life?

It’s a constant juggling act. And at times it feels the way you’d expect: overwhelming, exhausting. One of us will be recording a demo while the other takes the kids to the park. Or making dinner while the other works on mailing out band merch. But ultimately we can look at what we do as our dream job, and our kids are worth every minute of our time. We never really get to “clock out”, it truly is all-consuming. But our kids understand that, and on some level they appreciate the fact we don’t have to leave them every day to go to work. Instead, it’s travel, which opens up their eyes in ways we hope will make them better people in the future.

If you had to pick one of your songs to make people fall in love with the band which song would it be?

Even now, we end the live set with “Because I’m Awesome”. It was written as a sarcastic take on being awesome, but over the years it’s grown to become all about self-empowerment. It gives our fans something to sing loud and get confidence from. So it’s earned its place as our “biggest” track.

You recently played the 25th anniversary of Warped Tour Celebration? What do you will miss the most about the VWT?

The sense of community that tour created is something us and tons of other bands in our scene are going to appreciate forever. Because of Warped we’ve got friends all over the Country that we can rely on the play with us on tour, make our merch, and partner up with for tons of other stuff. The fact that it’s gone is sad, but the relationships will endure. And meeting fans at the merch tent throughout the day was always something we looked forward to.

If you had to descrive your band with name of a drink what would it be?

An Old Fashioned. Because it’s strong, bitter, sweet, and will knock you on your ass every time.