Airport Impressions are a 4-piece band formed in 2008 and without a doubt one of the most successful acts to emerge from Malta. Their music is inspired by rock, pop and folk. Their songs are filled with passion, a uplifting sound and powerful melodies. The band will release on October 4th their new single, ‘Standing There’, so we interviewed the band for you. Enjoy it. 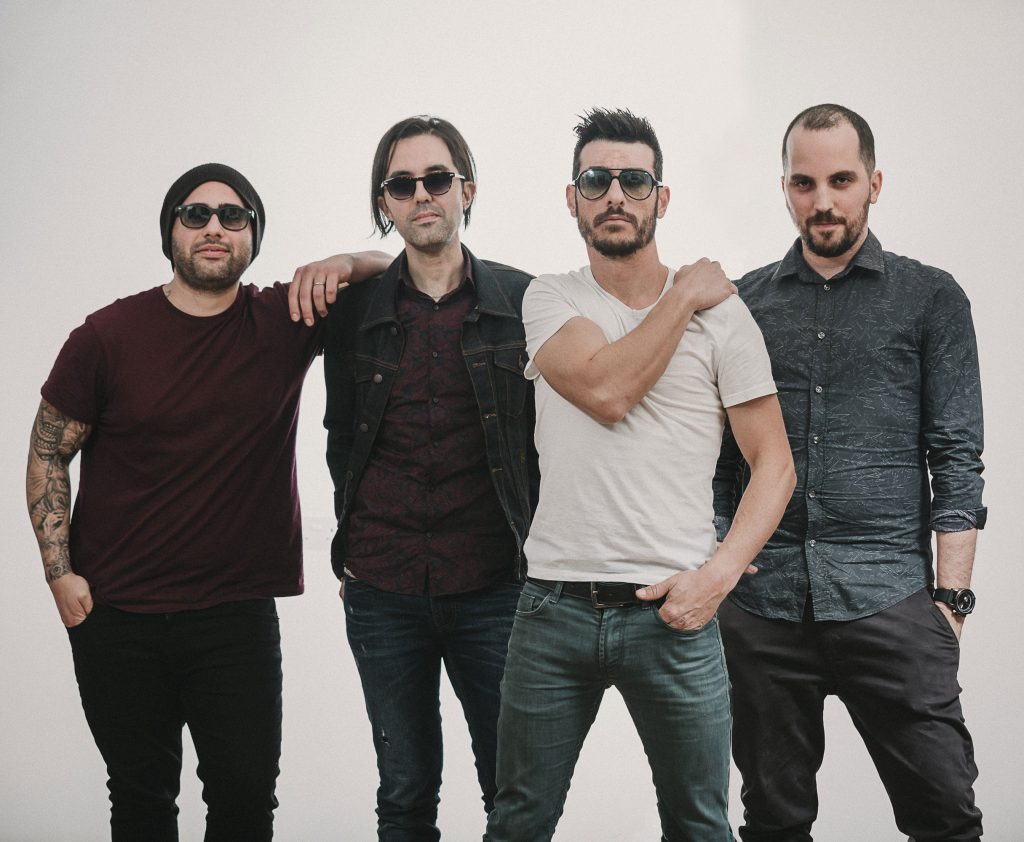 Let’s start with the name of the band:Why Airport Impressions?

The name was inspired by those feelings which most people tend to experience while waiting at the airport due to a mixture of thoughts related to the people around. Essentially, the name does not directly relate to airports. It’s mostly related to what we call free time observing/thinking moments (very important for an artist) and which many of us experience in such environments, hence the metaphoric relationship.

The origin of Airport Impressions can be traced back to Errol and Johann’s acoustic project and a fruitful six month stay in Ireland back in 2005. Then known as Riverstone, the two of them infiltrated the local live circuit with their rousing acoustic sets, garnering weekly residencies in key music venues as well as a regular audience that followed them from gig to gig. At some point however, Riverstone became too small a vehicle for their broader musical aspirations. It was time to aim for bigger things, and that laid down the foundation for what was to become Airport Impressions. Later on three songwriting musicians joined the fray adding even more stories and song to the now vivid band journey.

You played at “2016 Isle of MTV” concert. How was that experience?

It was thrilling to play in front of that many people of over 50k in our home country. The crowd was one with the band from start to finish, which is something that we as a band believe a lot in- i.e., being pushed forward by a highly energetic audience. It was also a learning experience playing on such a stage and representing local music at such an international level. As usual we had a crazy moment, where the amp to Errol’s guitar was not working properly, but thankfully all was cool and superbly handled by the professional Italian sound engineers who were responsible for all equipment and stage management.

Talking about your music. You’re gonna release a new single, “Standing There”. What’s the meaning of this song?

Standing there is essentially a love song and a thank you note to someone who is there to pick you up when you’re broken and beaten down by the hectic life we lead. When you’re close to losing it, and all seems lost, there is someone who is there for you. Someone who, as the song goes, is ‘strong…full of hope’. Daniel Genius (band bass player) wrote the song a couple of years ago and the continued work by the rest of the band really flowed quickly. “I’d rather write something and put it to song rather than speak the words, so the song is an overdue thank you to my special someone who helps me deal with my demons.” As Daniel himself keeps reminding the rest of us.

Will you release a new album?

Yes, ‘Standing There’ is set to be our new release for autumn of 2019, also being part of an album that we plan to release during 2020.

Who writes songs in the band?

In Airport Impressions, writing songs is first and foremost as a priority so all members contribute in some way or other to a new song. We are lucky enough, as most musicians nowadays, to be able to produce most of the new track ourselves in our own small, personal studios. That, in itself, brings all members together adding so much influences to the betterment of the particular track.

If you had to pick one of your songs to make people fall in love with the band which song would it be?

A firm favorite has always been “Hymns Of June” as it contains both a good message and also a happy, positive feeling in the melody. Errol wrote the song way back in 2013, after experiencing a family loss, the latter being a person who had devoted his entire life to helping those around him. Hence the chorus being “The more that we give.. the higher we risk…” One risks missing personal opportunities to help others, but the end satisfaction even from a saved smile, is enough to counter that.

What’s the best thing about being a musician? And the worst?

Freedom is the best thing about a musician in our opinion. The fact that one can express so many emotions through sound, melody and lyrics is pure honest freedom. That is the best and also the worst thing as it can also lead to emotional distress or if the musician is of a sensitive nature, even frustration and pain. On the whole we think we would lead boring lives if we did not have such a strong musical pull to our existence. Same as anyone having any other self-fulfilling episode in his life. Something that fuels his everyday reason-to-be.

Last question: If you had to describe your band with the name of a drink what would that mix be?

Tequila! It is strong, serious and hits you hard.