Singer/guitarist/songwriter Jacob Cade, who drew quite a bit of attention with his explosive live performances and the song “Icky Nikki” is now looking to take it to the next level as he launches his new rock n’ pop-punk band, The BRKN. The band recently released their debut single and accompanying video for the song “Your Existence” and will release an EP in early 2020. We’ve interviewed him and this is what he said. Enjoy it! 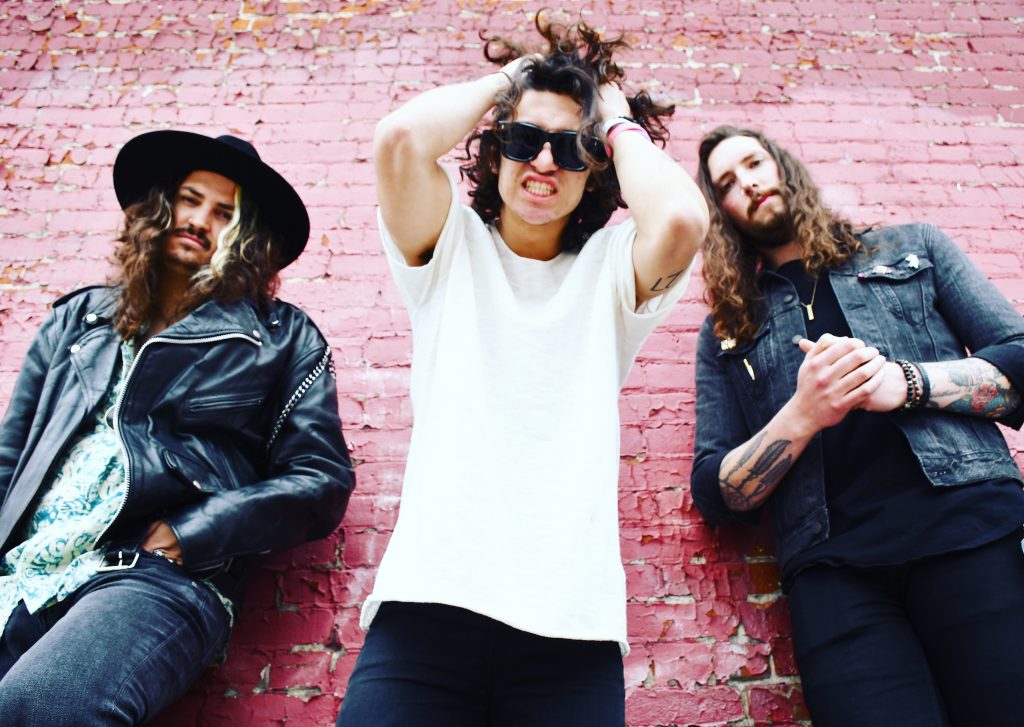 Hi guys, it’s a pleasure interviewing you! Let’s start with the name of the band: Why The BRKN?

Well, I came up with the name from this notion that I have in my head saying that everybody in this world is Broken in some way or another. If you look far enough back in someone’s story you’re always going to find one or multiple horrible things that person has been through molding them into the person that they are today. Changing the way they think and act towards certain things. Building up walls that otherwise wouldn’t be there. I think that’s a beautiful thing.

I love hearing people’s stories and finding out what makes them who they are. It’s a way of knowing that you’re never going through something alone. That’s how I chose the name of the band.

How did the band come together and how was this project was born?

I was going on tour with my solo project and needed a bass player and drummer to come with. And during that time I had just met Mike Bokenkamp playing in a church around our home town. We hit it off very well and found out we loved the same type of music and he was a damn good drummer..lol. So I asked if he would want to come on this tour and he said yes!

As far as Kick Stevens goes, I met him a long time ago playing around Denver when we were much younger. He eventually moved to LA but we still followed each other on social media. When I got the tour I asked if he’d want to come on and he said yes as well. Essentially on that tour, we bonded quite a bit and it was apparent that between the three of us there was something special going on. So, needless to say, we formed The BRKN.

We’ve listened to your first single. “Your Existence” and we like a lot. What’s the meaning of this song?

This song is essentially a story about all of the things that suck during a break-up. Something I was going through around the same time the song was written. The story takes place at the time of a break-up where you are finally over being down and out and basically just pissed off. When you’re finally saying screw you, screw this, I’m gonna move on.

I like to imagine that the lyrics in the song are a script for a scene where the character is alone in his/her bedroom and screaming at the top of their lungs. And after the rant, everything starts looking up again.

What’s the best thing about being a musician? And the worst?

The best thing is having somewhere to put your emotions. A lot of people don’t have an outlet to focus energy towards. I feel lucky to have found mine. The worst thing about it is that the scene is so saturated with people that want to be a rockstar that it’s hard to break through and be noticed as an actual musician and not just someone in there bedroom writing tunes because they want to be famous.

What’s your future plan for The BRKN?

The plan right now is to be on the road at all times. We love to play shows and see the world, so we’re chomping at the bit. We have new music and videos coming soon so follow us on social media at https://www.instagram.com/thebrkn/ and stay up-to-date.

We’re from Italy. Do you want to play in Italy? We’re waiting for you guys!

Absolutely… we want to play in Italy! I’ve never been there myself and I’ve wanted to go so it’s quite high on our list of places out of the states we’re gonna go first!

Last question: If you had to describe your band with the name of a drink what would that mix be?

Well, I’m not much of a mixed drink guy but I’ll give this a shot! Lol. I would definitely say The BRKN would be an Old Fashioned. Hard to get just right and has a million different descriptions. Most people will say they like it and some people might take a little nudge to get converted. But in the end, it gets the job done!

read it: Dollyrots Interview: “The only people we owe anything to are the fans”