Bardo Stars is a band from Los Angeles. Their music is definitely a mystical collective of Rock N Rollers. They’re have been operating in near secrecy for the past two and a half years. Their debut album was recorded over the course of 2017 and 2018, and it fuses elements of devotional mysticism with classic Rock N Roll, insipred by the psychedelic movement. Bardo Stars aims to emphasize a message of peace, love, and unity.

We had the pleasure to chat with them and here’s the interview we did! 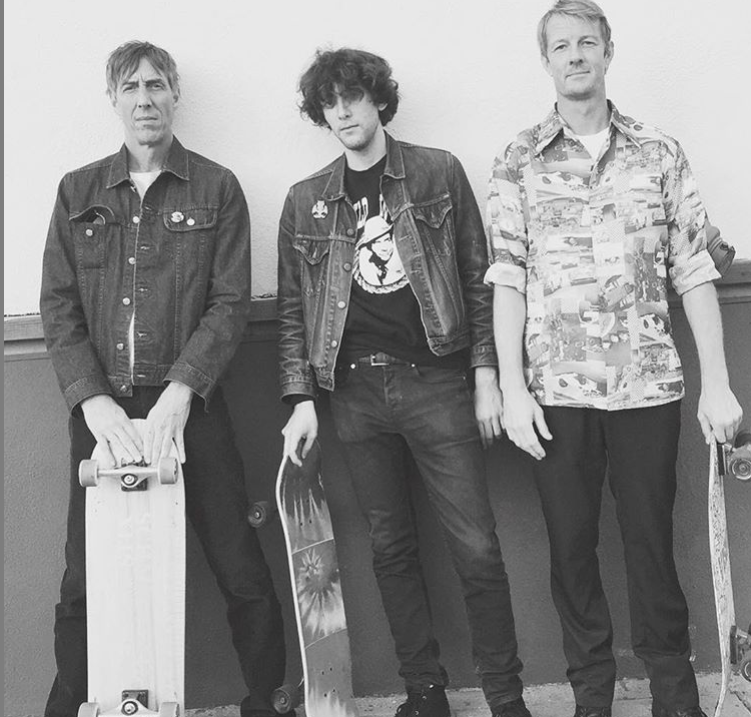 Hi guys, it’s a pleasure meet you! We’ve listened your songs and we fell in love with your sound. First question: why Bardo Stars?

Bardo Stars is a name I came up with when my second band Nico and the Nights dissolved in 2017 after some lineup changes. I started Bardo Stars when I began to work as a psychotherapist in Los Angeles. In those days I was exploring the connections between psychedelics, Rock N Roll, Yoga, and meditation and I wanted a name that would reflect those interests. The name Bardo Stars is a reference to The Psychedelic Experience: A Manual Based on the Tibetan Book of the Dead by Ralph Metzner and Timothy Leary. On that book they discuss the “Bardo State,” a liminary experience that lies between life and death. The idea is that Bardo Stars’ music channels the dying vibrations of the Rock N Roll stars of a bygone era, bringing them back to life so that they can allow us to perceive (yet again) the dawning of a groovier tomorrow.

You are a french band but you lived in LA. How did this adventure start?

I grew up in Paris and I moved to the US when I was 18 to study philosophy, religion, and literature at Harvard where I also started my first psychedelic Rock N Roll band, which played over 30 shows in one year across the US. I moved to LA in 2015 where I started the punk trio Nico and the Nights and then Bardo Stars, all the while working as a psychotherapist at psychiatric hospitals where I experimented with sound healing, meditation, and psychoanalysis. After the COVID-19 pandemic, I decided to move back home to Paris where I continue to offer and facilitate sound healing, the talking cure, and of course good old fashioned Rock N Roll!

Your next album, SATKARA 五行, will be out next month. Tell us something about it.

In its essence, SATKARA 五行 refers to principles of care and transformation. I self-produced the album between Los Angeles and Paris in 2019-2020 playing all the instruments except the drums which are digital recordings. SATKARA 五行 is a concept album that seeks to offer a process rather than a product oriented approach to music production. The album blends song structures with instrumental audio collages that feature a mixture of lectures, found audio, ambient sounds and news clips. This work is structured around two sides, a darker more punk rock side A and a dreamier more psychedelic side B. It reflects my passion for experimental Rock N Roll and far-out 1960s French theory as well as canonical ancient philosophy from the East and West. It is my hope that the Qi (氣) that led to the creation of SATKARA 五行 can foster joy, warmth, appreciation, and perhaps even wonder (θαυμάζειν).

What is the song you are most attached to on this record?

Tough question… “Severed Head” is the most rocking straight up tune on the album but I think “Yin Yang 陰陽“ is the most original. ”Metal my love 金愛氣” and “Chin up train” are also very special to me because I wrote those after my paternal and maternal grandfathers passed away this year.

We are an Italian magazine. Have you ever played in our country? You like it?

I’ve never played in Italy but I would love to, because Italy is a special country for me. My mom lives in Milan with her husband!

Which Bardo Stars song would you recommend to those who don’t know you yet?

If you want something more mellow and chill listen to “Missing the mark” or “Chin up train”. If you want some punk rock energy listen to “Severed Head” or “Alone and stoned”. Something far out and experimental is definitely “Yin Yang 陰陽” or “Floating Castle“.