Rock for People festival is finally around the corner! The long-awaited biggest edition will welcome from 15 to 18 June 2022 bands like Green Day, Biffy Clyro, Fall Out Boy and also a lot of new music from the scene. 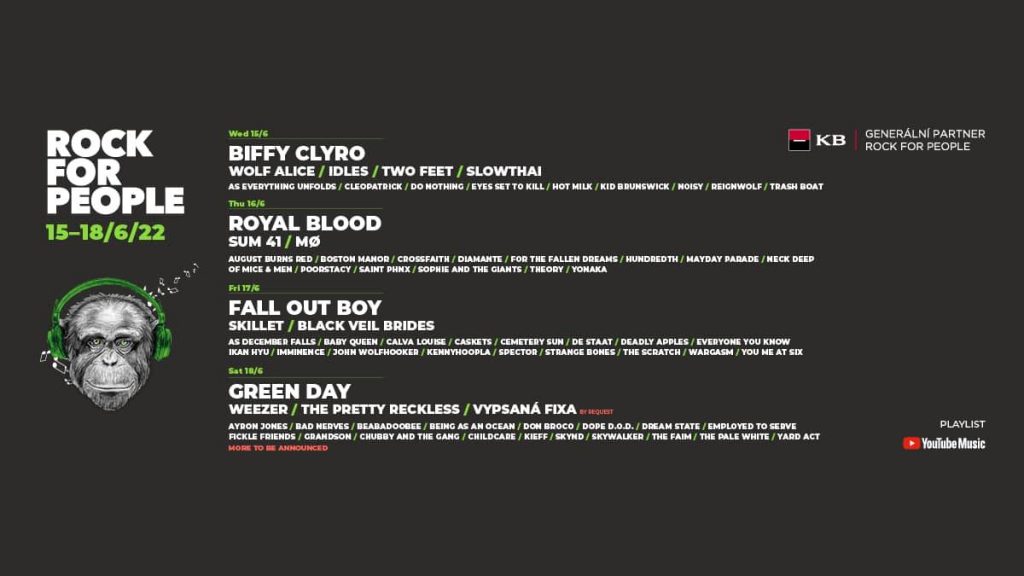 Everyone will find something to enjoy at Rock for People. From the fans of the moshpit, to the fans of main rockstars like Sum 41, Skillet, Weezer, The Pretty Reckless, You Me At Six, Black Veil Brides, and Don Broco.

For the special annyversary of the festival in addition to the music program, there will be a lot of activities: art, lectures, workshops, theatre, film screenings, sports activities, and more.

Rock for People is one of the most significant European festivals. Fans can look forward to 9 stages with more than 100 music performances and an accompanying art program. The festival will take place in the multifunctional complex Park 360 which is in a unique industrial airport.

In addition, the festival is trying to have a more green impact. The organizers are trying to reduce the carbon footprint by using solar and other renewable sources and by recycling 14 types of materials. Last year, a hydrogen-powered stage made its debut at Rock for People Hope festival. The campus aims to be climate neutral and energy self-sufficient by 2030.

During December 2021, the festival’s music lineup grew by the traditional 24 names. However, the overall lineup is still not complete! Over the next few months, the festival will announce dozens of new names from the international and local music scene. Stay tuned ‘cause we can expect other surprises! 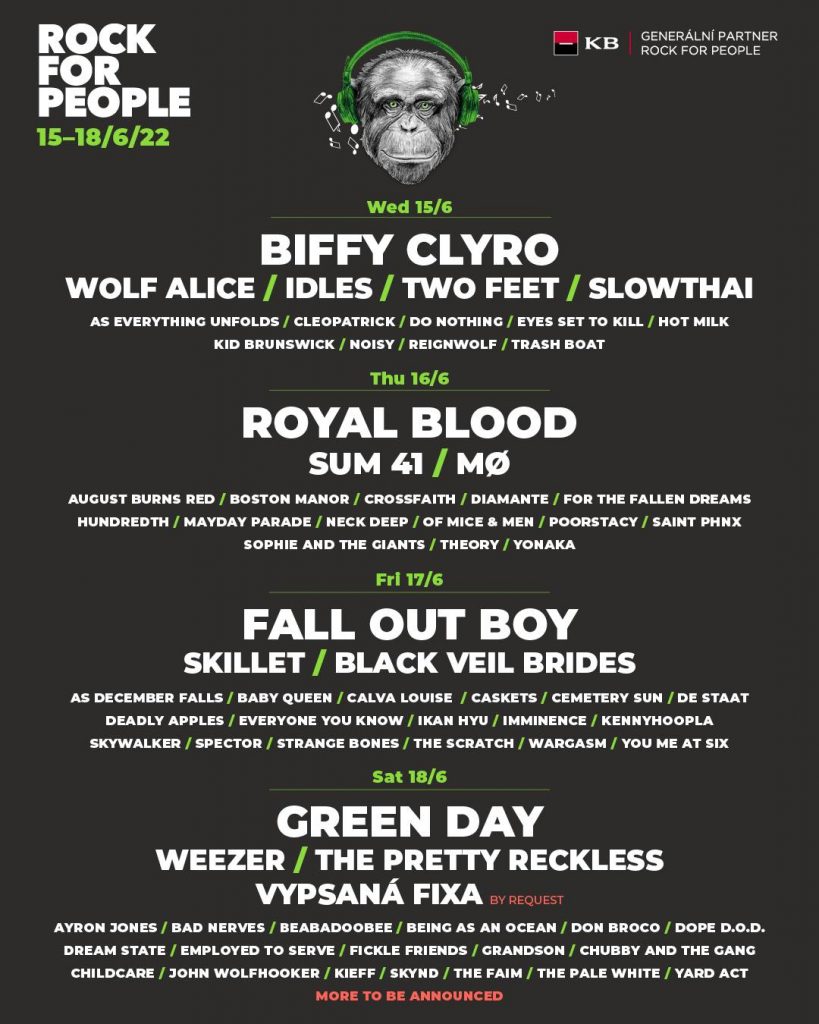 Daily lineups are already known, so you can purchase your one-day tickets. The festival’s capacity is limited, and organizers are reporting a 90% sell-out. Four-day tickets are on sale at GoOut.net

Read: “Kevin Lyman Interview: The only thing you run out of i s time, so use it to the fullest!”