Simple Plan are back: “Harder Than It Looks”, their sixth album, is finally out! The 20 years career band is back after six years from their last one album “Taking One For The Team”. So many postponements and a lot of stuff in between, but the band has finally made it! 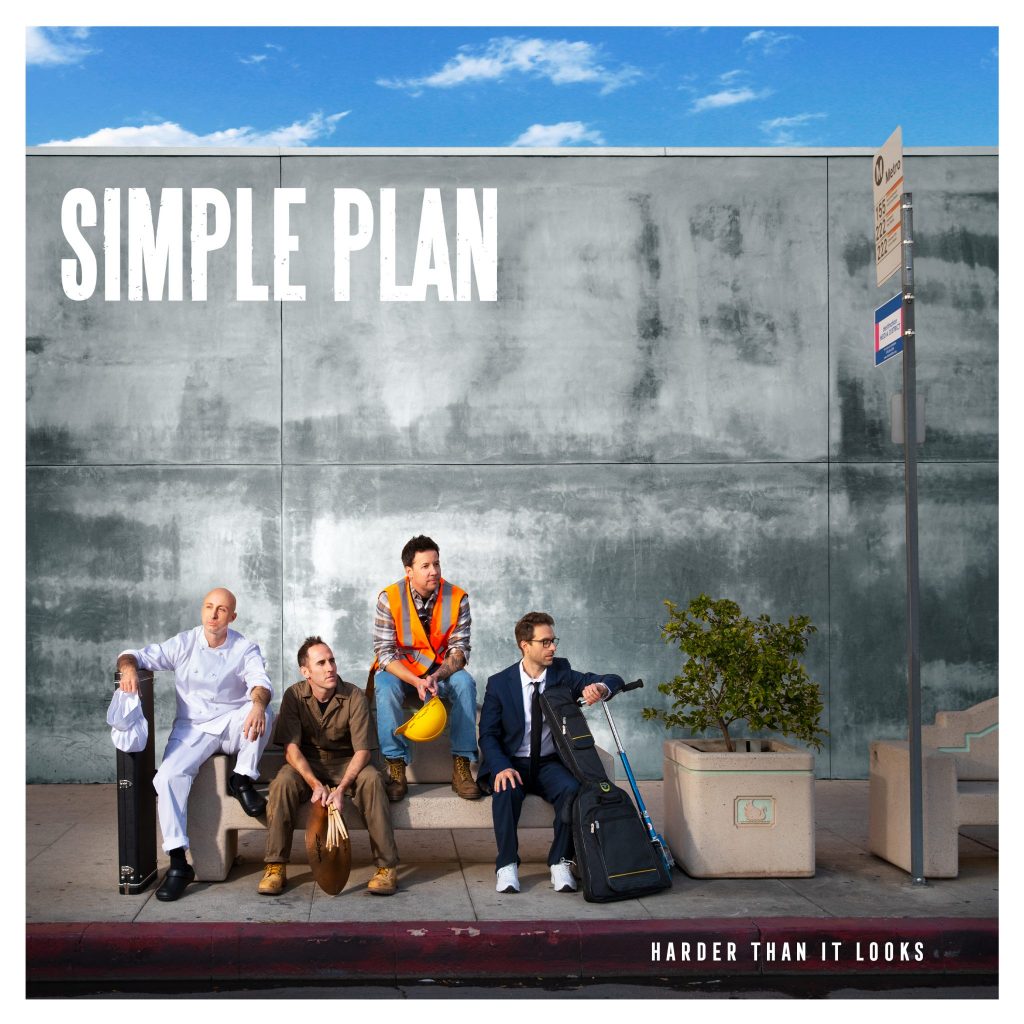 “Harder Than It Looks”: a rollercoaster album

“Harder Than It Looks” is a real rollercoaster. There’s a lot of Simple Plan unique sound we are used to love since their beginnings, but also new sounds you didn’t expect from the band. That’s the sign they’re not afraid to follow their convinctions, for their first album without a major.

The album starts with the highly anticipated singles; “Wake Me Up (when this nightmare’s over)”, “Ruin My Life” feat. Deryck Whibley, and the first one released, “The Antidote”. Three different songs that welcoming us to what we’ve always loved from this band.

“Million Pictures Of You” brings even more that recognizible sound and catchy melodies that open our hearts and let us fall in love since the first listening, like we’ve always did with this band. This is what we call “Simple Plan sound”. And as the band said in the name of Pierre Bouvier, “it’s taken a while to be mature enough to understand that our sound is an asset, not a liability”. They decided to just embrace what they are, and that’s always the best choice.

The rolloercoaster starts its curves with “Anxiety”. Another experiment with the beats that reminded us to their self-titled album back in 2008, were they found a good balance between their rock sound and the electronic one. A track that personally reminds something of recent All Time Low in the chorus, with a very actual text: something a lot of people has to deal with after the pandemic.

“Iconic” is a different story: there’s a lot of experimentation here. A song that reminds us a mix of Fall Out Boy, Panic! At The Disco and Imagine Dragons. Something that’s definitely not what we thought we’d hear from them, with the addition of that triumphal sound of the trumpets, but a real good song.

“Best Day Of My Life” is automatically associated to “The Worst Day Ever”. It’s the new perspective of a man that finally got to appreciate what he has, answering to that little child he used to be, who complained about what were gone. That fil-rouge that connects their maturity to the essence of adolescents that still remains inside of the band nowdays.

Special mention to the last track of the album: “Two”. A real powerful song both in the lyrics as in the sound. The perfect Simple Plan style with so many emotions that come out listening this track. It feels like that little kid of “Perfect” continues to be recurring in every album of the band, through different meanings as it did in the last album with “Problem child”.

”Harder Than It Looks” is a good album. Simple Plan has the power to unite the good old fans with the new generations, and this album is the perfect representation of this. The only doubt that remains is if after six years of awaits, more than 10 tracks could have been better for the fans?

Simple Plan are currently on tour with Sum41 all across US with the Blame Canada Tour. Dates here.